50th anniversary of the death of Admiral Luigi Rizzo of Milazzo

With immense pride we try to celebrate the figure of Luigi Rizzo and report the deeds of the Eroo Affondatore di Milazzo, a land that has generated Saints, Heroes and Navigators. I have had the benefit of being milazzese, and when I played the military service in Livorno, the fact of being of Milazzo was for me an honor and a burden, because I could not disfigure before such a high exponent of Milazzesità, the great Hero Luigi Rizzo, called the "Affondatore". But for rigor of justice, we must say that the Heroes in Milazzo are 2: Giorgio Rizzo and Luigi Rizzo, son and father.

The young Rizzo, however, had to face an atrocious destiny that was not worthy of him, who. Since he was a child, he thought he was lucky to be the son of the Hero and to receive his father's goodnight kiss every night. But as Luigi Rizzo had to say, the times were sad for the country and a hard destiny prematurely snatched the thread of Giorgio's life, whose MAS was cowardly borbarded by the enemy. The father went in search of the body of the son, who was a boy of almost 2 meters in height. During the explosion, poor Giorgio's back broke in two and the young man's disfigured body was fortunately recognized by the serial number that could be read on the linen of the unfortunate soldier whom the Naval Academy used to embroider in garments. The father recompiled the boy's body, whose remains rest at the Monumental Cemetery of Milazzo. 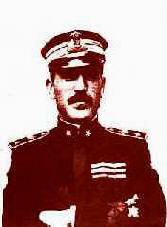 Luigi Rizzo receives the honors of other companies, who won him medals awarded to the Military value:
Silver medal: Upper Adriatic 1916;
- Silver Medal: Upper Adriatic, 23 May 1917;
-Medaglia of silver: North Adriatic, oct-nov 1917;
-Medaglia d'oro: Sinking of the Battleship "Wien", Trieste 9-10 December 1917-> For the great serenity and professional ability and for the admirable heroism shown in the brilliant, daring and effective operation led by him to attack and destroy an enemy ship within the munata bay of Trieste.
La Beffa di Buccari (Ciano -Rizzo D'Annunzio) -Medaglia d'Argento 10/11 February 1918-> Commander of subtle unity, gave proof of serene courage in going to the attack of the enemy fleet in the distant bay of Buccari, 10 - 11 February 1918.

Premuda's undertaking earned him the recognition of a Gold Medal, with the following motivation: "Commander of a section of small torpedoes patrolling the waters of Dalmatia, sighted a powerful enemy naval force composed of two battleships and numerous destroyers, and without hesitating, careless of the great risk, he directed immediately with the section to the attack, crossing with incredible audacity and military expertise and marinaresca the strong line of stocks and launched two torpedoes against one of the armored enemy, repeatedly hitting in order to sink it. He freed himself with great skill from the circle of destroyers that blocked the path from every side, and chasing and cannonaded by one of them, with the launch of a bomb of depth made her desist from the pursuit, damaging her severely ". Dalmatian coast, night on 10 June 1918.
Our citizen Milazzese, Luigi Rizzo, the last popular myth of the Risorgimento: the avenging angel of Lissa. On 10 June 1918, off the island of Premuda, Luigi Rizzo di Milazzo, with the MAS 15 and 21, commanded by Giuseppe Aonzo, attacks an Austrian naval formation and sinks the Battleship Santo Stefano ..
> The following are the 2 tracks with which the hero tells his story .... 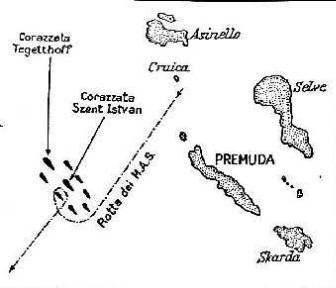 It could have been three o'clock: it was still night, but not completely dark. We had the sea grapple and we crossed hoping to nod something, but to no avail ..

A slow motion, the time never passed, so to make the dawn soon, I would occasionally put at the helm ... All the channel of Luttostrak was been patrolled: nothing. There was nothing left to do but to sail the grappling hook and fold back to point A where we had left the two torpedo boats. So I decide: I hand the rudder to Gori and I point to the route to point A. I take a life jacket wrapped as a pillow and deck me on the deck, with the face to the stars. The night is dewy and I feel numb: with the slight roll, the stars run from one end of the edge to the other: and I chase them methodically, half asleep ... Whenever, to starboard, to the north, far on the horizon, some clouds of smoke! From the side of Pula? But then they can not be our unity: in any case it is to be excluded that they are our torpedo boats, because those must be in the west, towards our prow. And then they are too watchful and they do not smoke. So the fumes are enemies. Immediately I get the doubt that from the lookout station of Gruica they could see the Mas: they will have given the alarm to Lussin, and here they have sent destroyers to hunt me down. I call Gori and show him the smoke that is becoming more and more apparent, approaching. We are sailing offshore and probably those who come to our research have not yet seen us ... but I am impatient to ascertain what it is. So I approached to starboard and direct to the smoke. We are ready for everything: after all, even if we tried to escape from full force, not being able to develop more than twenty miles, once sighted we would be chased, cannonated, sunk ... Better to take advantage of the still uncertain light and if possible be under and attack ... small bike, followed by the Mas 21, I direct to the smoke, taking the collision course ...
I look sharp and see the superstructures of large ships, perhaps a convoy? But those are armored and all around the torpedoes! Careful Gori! To warn Mas 21 that we have a naval division in the bow, certainly an enemy ... The heart gives me a dip: there is good hunting this morning ... "
"Approaching the enemy I realized the exactness of the hypothesis being two large ships escorted by 8 or 10 destroyers that protected the bow, stern and on the sides.I decided to launch the launch at the shortest possible distance and therefore I steered in order to take me to the attack by passing between the two fighters that flanked the first ship at a distance of no more than 300 meters, the two torpedoes hit the ship, the starboard burst between the first and second chimneys, and the left one between the aft chimney and the stern, raising two large clouds of water and blackish smoke. "The torpedoes being prepared for the attack against torpedoes were set at 1.5 meters. The ship did not perform any maneuvers to avoid torpedoes ".