Milazzo has been praised by the epic like the Earth of the ilozoistic elements, the land where the Sun God grazed the herds, or Aurea Kersonesos. This was from my teacher when I was in elementary school Piaggia and honestly this thing struck me a lot and I liked it; then I learned that we were also the land described by Homer, (that is, from "He who does not see", literally, a blind man) of Odissèos, that is Ulysses, who in his wanderings ends up bumping into the lands of Aeolos, precisely the Aeolian, when his friends open the cursed wineskin, thinking of hidden treasures inside, and the impetuous winds, including our deadly wind of the West, whirl the waves and make them dangerously whitewash. Here Ulysses discovers, covered by Lauri eccelsi, the Grotta di Polifemo, which really exists in Milazzo and is a mysterious cave, located under the Castle, huge, where until a few decades ago they kept, as legend has it, the herds, sheep and calves, which still grazed the Tono, that is on the first slopes of the promontory. So Milazzo means the presence of the Sun and the sea and wind, the forces of nature, which the Milazzesi had been able to exploit for themselves and for others, navigating the sea, from which our saying "nescitinni cu 'ventu i terra!", that is, take the wind off the ground or when you can escape from a trap and take the wind, the good one, or "is attentu a quandu I saw the palumbeddi to seas!", ie, "be careful if you see the sea lashing under the blows of wind, as if they were seagulls in white water ", because soon the wind would rise up howling. 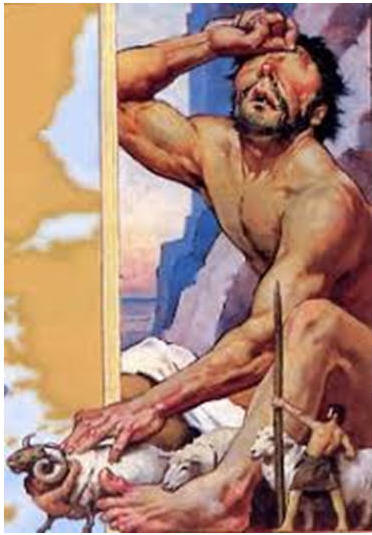 Hence the prayers to the Holy Father of Vaccarella, S. Francesco, when the father of a family in a hurry picked up the poor networks and returned home, praying the saint to be able to return beyond "randi mola", that is to mulazza, that is the big Stone of Punta Messinese (hence the name of Milazzo, it seems, which means the great stone) that waters the waters and, if you overcome it, even coming from the Aeolian Islands, and you throw yourself to the Cala dei Liparoti, you're safe! Woe to take the sea crooked in the sides of the boat when you enter the sea, because the waves throw you in the air and sink. And when a guy tries to joke with the waves and throws himself with the big foamy sea, thinking that the sea of ​​Milazzo is that stupid of the Pacific, the Milazzesi screaming behind him to return from the waves and pull a rope to save him. In fact, our sea, which is as good as summer bread, requires religious respect in winter and great wisdom: only a few allow it to be possessed in navigation. This has always been us, from 1.500.000 years ago, sea and land, since Milazzo rises from the sea as an island and then connects with the mainland (see the Cape Reserve and Milazzo), through the sands that descend from Mount Mankarruna in the rivers. From here to the Romans of Caio Duilio and the Arabs with the tuna traps, the step is short, passing through the Normans, Swabians, Angevins, English and French, Garibaldini etc. .. So a people of heroes and men.

For this reason, who offends the nature of Milazzo, sooner or later succumbs to his crime: no one can erase what the Logos has created and when I speak of this Entity I refer to the divine intelligence that regulates the currents, winds, creation and his creatures. But Milazzo, they said, is the Land of the Sun God, decanted in the 12th canto of the Odyssey, where Circe tells Odissèos how to dodge the sirens and the errant stones and finally arrive in Sicily, in Milazzo. "You will reach the island of Trinacria - he says - and there in abundance there (in Milazzo) the Giumente of the Sun God grazed and copious flocks, seven cows of cows, and as many flocks of sheep, fifty heads for each flock ... they bring them to the Nymphs field with beautiful hair ". But the comrades of Odisseos, that is Ulysses, sinning of "iubris", that is of lack of respect, arrogance and arrogance (from which the Sicilian word "urbit"), eat the sacred herds that guarded Polyphemus and Dios, throws a lightning on the ship and everyone dies except the hero of Ithaca. Other comrades are eaten alive by the giant Polyphemus who really lived in Milazzo in the mythical cave of Polyphemus, which is found as the ninth book of the Odyssey, in front of the Aeolian sea, that of Milazzo, essentially in the hill where the our old castle, an antrum dug into the rocks and covered with excellent laurels. This is precisely written in the ninth canto of the Odyssey and is that which really exists in Milazzo, where men of immeasurable height lived, whose skeletons were excavated from the earth, in Tre Monti, perhaps people suffering from gigantism due to tumor of the hypophysis , with one eye because the other was lost due to neoplastic disease, which grows near the eyes, in the pituitary gland 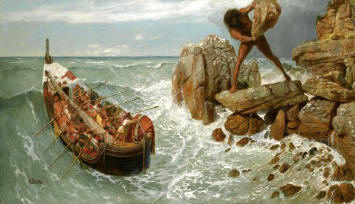 Another video of Grotta Polifemo

The ninth canto of the odyssey recites:

The island then touch Trinacria, where the Sun.
the many heifers and the florid flocks are bred:
seven herds of cows, as many beautiful sheep,
ch 'ànno fifty heads each; nor have they ever been born,
nor will they ever come to death. Two divas are custodians:
Lampétia, and Faetúsa, two nymphs with beautiful curls,
which the diva Neera generated to the sublime Sun.
Then he gave them light, that the inclined mother grew them,
Neither the remote island Trinacria fixed their headquarters,
that keep the flocks of his father and the beautiful heifers.
Now, if you unharmed you leave them, and you press the return,
even after many misfortunes, you will return to your country;
but if you then harass them, the extreme ruin I preach
to your ship, to your companions. You then, even if you flee death,
you will come back late, with difficulty, you will all have lost your companions ».
As he said, the Aurora emerged from the golden throne.
He turned away from me the diva for the island steps;


The sea at Milazzo

Milazzo and  the copious energy of light 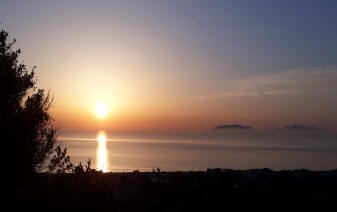 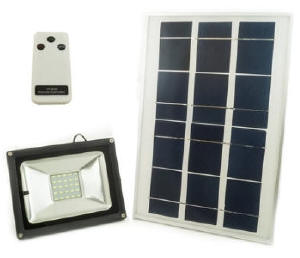 In Milazzo nobody has ever been depressed or unhappy in the past time because it is scientifically proven that the insolation through the limbic-cortico-mesoencephalic system, produces more antidepressive substances: the men went by sea and, writes Piaggia, they brought with them the younger children, who enjoyed going to follow the father in the boat and the work did not weigh them ... so the men went in the vineyards and in the gardens and there were the parties of the harvest of tomatoes, grape harvest, and mandarins religious rites to which we refer to the index. The Sun of Milazzo, therefore, always represented energy and wealth, maturing the harvest, blushing the pampani, warming the hearts of the people.
We also wanted to do an experiment, spending a few euros, about 50. We bought from the Chinese a very small solar panel of 40 x 60 cm, we placed against the Sun of Milazzo, exposing South, inclined at 45 ° (see the real photo) and we connected a lighthouse with accumulator batteries, of 50 watts. The result, from January to November, with a decline in December in the dull days of rain and darkness, is phenomenal (!): The light goes on all night and clears the garden. Now let's make some calculations to see how the Sun of Milazzo produces free energy as it has always done.

EASY CALCULATION TO SAVE IN BILL
Pierino's problem
I bought a 50w solar kit, led spotlight for garden and solar panel, I spent 50 euros, I did not connect the lamp to the current ENEL, I agreed, if I place it in Milazzo? I exceeded the expense and I had a revenue, or not? We see
Solution and indications.
LAMP 50 w = consumes 0.05 kW (kilowatt / hour) lights x 6 hours / day = 180 hours per month x 0.05 = consumption of 9 kw each month x 0.50 euro cost of kw = 4.5 euro per month, so if you turn on a year I will have spent 54 euros of electricity if they are attached to the ENEL power line or similar.
Answer to the problem of Pierino.
Since I connected the LED spotlight directly to the Sun of Milazzo, with primitive panels, just to experiment and pass the time, poor panels, very cheap and very poor, then I just need the lamp to work for a year to redeem the its cost (initial cost 50 euros); if it turns on 2 years I'm in profit with the revenue and the energy saving, but my lamp has a warranty of 3 years and already lights up for about a year, as you can see from the video that follows from yourselves. A fan cetera the bills and we breathe sulfur dioxide and stinks in the area of ​​Corriolo and Olivarella